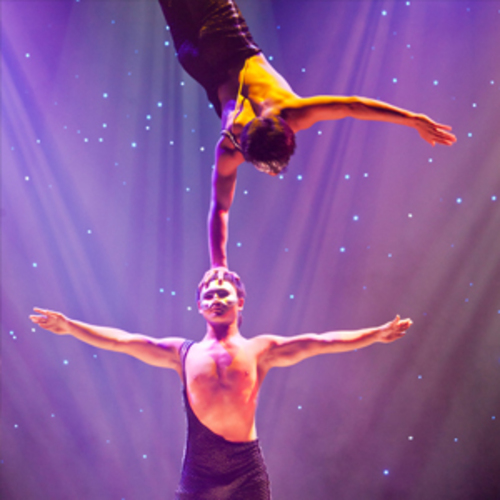 The spellbinding artistry, amazing athletics, and cirque spectacular of the Golden Dragon Acrobats (GDA) thrills audiences of all ages and represents the best of a time-honored tradition that began more than 25 centuries ago. Combining award-winning acrobatics, traditional dance, breathtaking costumes, music, and theater, the 25-member troupe has traveled to all 50 states and more than 65 countries on five continents. Directed by founder Danny Chang, GDA has received two prestigious New York Drama Desk Award nominations for its Broadway run.