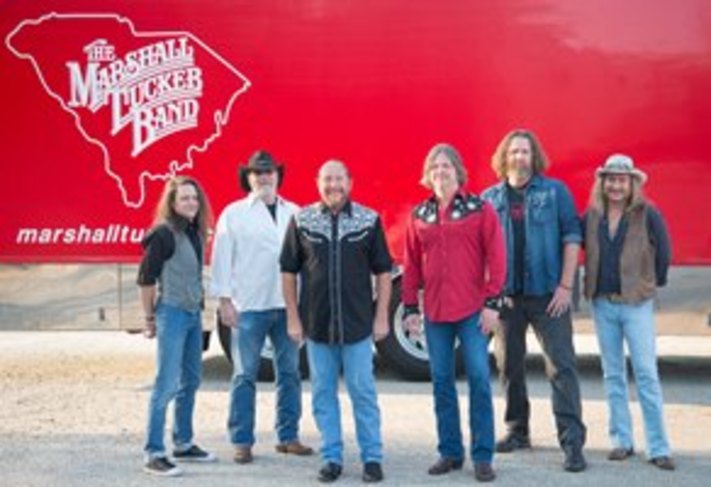 The Marshall Tucker Band came together as a young, hungry, and quite driven six-piece outfit in Spartanburg, South Carolina in 1972, having duly baptized themselves with the name of a blind piano tuner after they found it inscribed on a key to their original rehearsal space — and they’ve been in tune with tearing it up on live stages both big and small all across the globe ever since. Plus, the band’s mighty music catalog, consisting of more than 20 studio albums and a score of live releases, has racked up multi-platinum album sales many times over in its wake. A typically rich MTB setlist is bubbling over with a healthy dose of indelible hits like the heartfelt singalong “Heard It in a Love Song,” the insistent pleading of “Can’t You See” (the signature tune of MTB’s late co-founding lead guitarist and then-principal songwriter Toy Caldwell), the testifying travelogue warning of “Fire on the Mountain,” the wanderlust gallop of “Long Hard Ride,” and the unquenchable yearning pitch of “Ramblin’,” to name but a few.

Their eponymous first album has been hailed as a “major early influence in the emerging popularity of Country-Rock music”. Their second effort, the multi-platinum “Bustin’ Out” brought us the Craig Fuller-penned classic “Amie”, along with other gems of the genre. With “Two Lane Highway”, nine more albums and countless shows, a legacy has been forged and enriched during the ‘70s and 80’s, highlighting contributions from several noteworthy members, including original co-founder George Ed Powell, Cincinnati’s legendary Goshorn Brothers, Country Hall of Famers Gary Burr and Vince Gill, award-winning writer Jeff Wilson (3 Top-20 singles) and a host of other guest appearances from Chet Atkins, Johnny Gimble, Emmy Lou Harris, David Sanborn, Eagle Don Felder, Nicolette Larson, and many more.