Book Club: The One 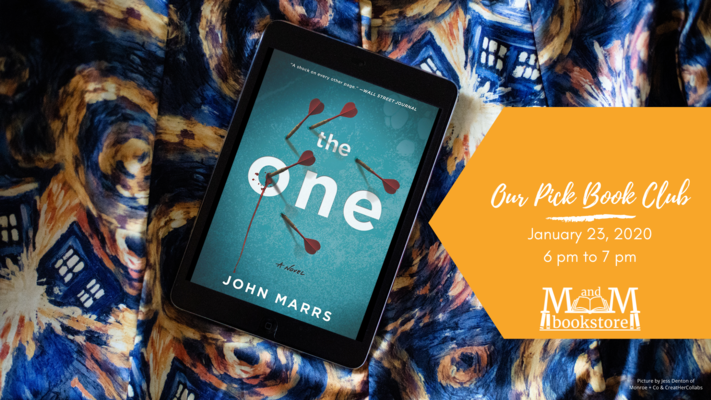 About the Book
How far would you go to find The One?
A simple DNA test is all it takes. Just a quick mouth swab and soon you’ll be matched with your perfect partner—the one you’re genetically made for.
That’s the promise made by Match Your DNA. A decade ago, the company announced that they had found the gene that pairs each of us with our soul mate. Since then, millions of people around the world have been matched. But the discovery has its downsides: test results have led to the breakup of countless relationships and upended the traditional ideas of dating, romance and love.
Now five very different people have received the notification that they’ve been “Matched.” They’re each about to meet their one true love. But “happily ever after” isn’t guaranteed for everyone. Because even soul mates have secrets. And some are more shocking than others…
A word-of-mouth hit in the United Kingdom, The One is a fascinating novel that shows how even the simplest discoveries can have complicated consequences.
About the Author
John Marrs is the author of The One, The Good Samaritan, When You Disappeared, Her Last Move and Welcome to Wherever You Are.
A former freelance journalist based in London, England, he spent twenty-five years interviewing celebrities from the world of television, film and music for national newspapers and magazines until becoming a full-time author in 2018.
He has written for publications including the Guardian’s Guide and Guardian Online, Total Film, Huffington Post, Empire, Q, GT, the Independent, S Magazine and Company.
His books have been translated into twenty different languages and The One is soon to be a major new Netflix series.