Book Club: The Library of the Unwritten 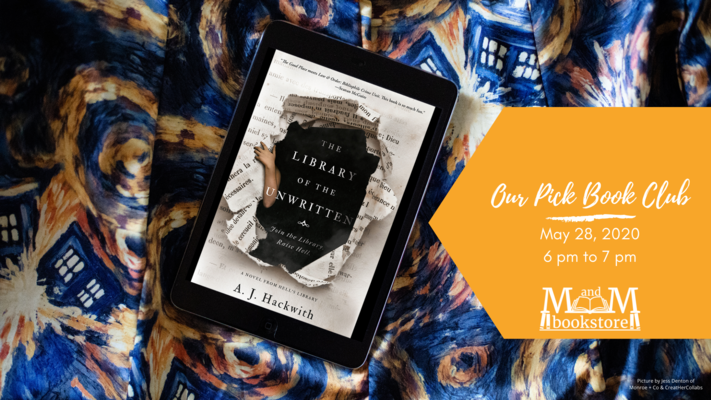 About the Book
In the first book in a brilliant new fantasy series, books that aren't finished by their authors reside in the Library of the Unwritten in Hell, and it is up to the Librarian to track down any restless characters who emerge from those unfinished stories.
Many years ago, Claire was named Head Librarian of the Unwritten Wing—a neutral space in Hell where all the stories unfinished by their authors reside. Her job consists mainly of repairing and organizing books, but also of keeping an eye on restless stories that risk materializing as characters and escaping the library. When a Hero escapes from his book and goes in search of his author, Claire must track and capture him with the help of former muse and current assistant Brevity and nervous demon courier Leto.
But what should have been a simple retrieval goes horrifyingly wrong when the terrifyingly angelic Ramiel attacks them, convinced that they hold the Devil's Bible. The text of the Devil's Bible is a powerful weapon in the power struggle between Heaven and Hell, so it falls to the librarians to find a book with the power to reshape the boundaries between Heaven, Hell ... and Earth.
About the Author
A. J. Hackwith is (almost) certainly not an ink witch in a hoodie. She's a queer writer of fantasy and science fiction living in Seattle, and writes sci-fi romance as Ada Harper. She is a graduate of the Viable Paradise writer's workshop and her work appears in Uncanny Magazine and assorted anthologies. Summon A.J. at your own peril with an arcane circle of fountain pens and classic RPGs, or you can find her on Twitter and other dark corners of the Internet.