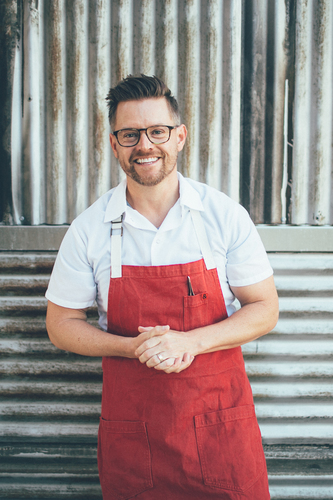 Richard Blais is a successful chef, restaurateur, James Beard nominated cookbook author and television personality. Perhaps most recognizable as the winner of Bravo’s Top Chef All-Stars, Blais went on to graduate from the Culinary Institute of America and train at The French Laundry, Daniel, Chez Panisse, and el Bulli. He is a partner at San Diego’s acclaimed restaurant Juniper & Ivy and multiple locations of The Crack Shack, his rapidly expanding fried chicken and egg concept. Blais currently owns and operates Trail Blais, a forward-thinking culinary company that has consulted on, designed, and operated multiple popular eateries. Trail Blais has opened concepts in Columbus, Ohio; Atlanta, Georgia; and St. Louis, Missouri and will be announcing new restaurant projects throughout 2020. Blais is the James Beard Award-nominated author of Try This at Home: Recipes from My Head to Your Plate, as well as his second cookbook, So Good. He frequently makes appearances on such hit Food Network shows as Guy’s Grocery Games, Next Food Network Star and Cooks vs. Cons, to name just a few. In addition, Blais hosts the hit hospitality industry podcast entitled “Starving for Attention” which provides an entertaining, behind-the scenes look into the food industry, and has featured guests including Wylie Dufresne, Grant Achtaz, Andrew Zimmern, Gail Simmons and more. He will be launching a second podcast later this year. When not on set, in the kitchen or at home with his family, Blais may be found traveling cross country performing his live “stand up cooking” show to enthusiastic audiences nationwide.

It will be an interactive live cooking and comedy set. The show features a behind the scenes look at celebrity chef life along with unique cooking techniques and equipment. It is equal parts, cooking, comedy, magic and science. For safety reasons, on-stage food is not served to the crowd.