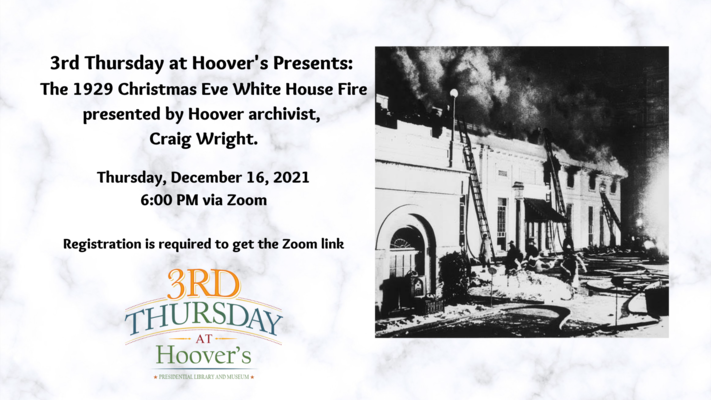 Smoke was noticed by a White House telephone operator who sounded the alarm. The fire was thought to be contained when the first engines arrived. But flames suddenly appeared in areas outside of the fire zone. In the end, it became a four-alarm fire with dozens of engines and ladder companies working to extinguish the inferno. Although most of President Hoover’s important papers were saved, the Executive offices were destroyed. A number of miscellaneous documents littered the White House lawn in the aftermath.

Despite the commotion, Mrs. Hoover continued a party for the children of their good friends in the main portion of the White House which was unaffected by the fire.

This program will be presented virtually through Zoom. Registration is required to get the Zoom link. To register click here