Shawn Holt and the Teardrops 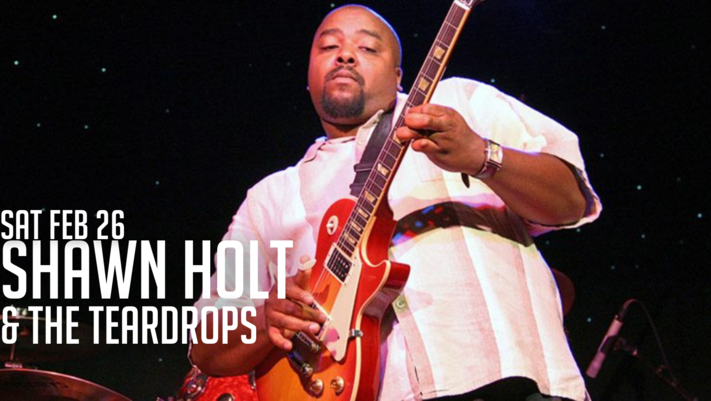 Shawn Holt commenced his professional career when he was aged 17, touring alongside his father Magic Slim and his uncle Nick Holt, as part of the previous version of the Teardrops. Following that tour, Holt formed his own outfit, Lil' Slim and The Back Alley Blues Band, and continued learning his craft at playing the blues.

Holt became a Teardrop himself in January of 2013. His album Daddy Told Me reached number one on the Living Blues blues radio chart in October of 2013.

This is a General Admission show. Doors will open 1 hour before showtime. $25 Advance; $30 Door