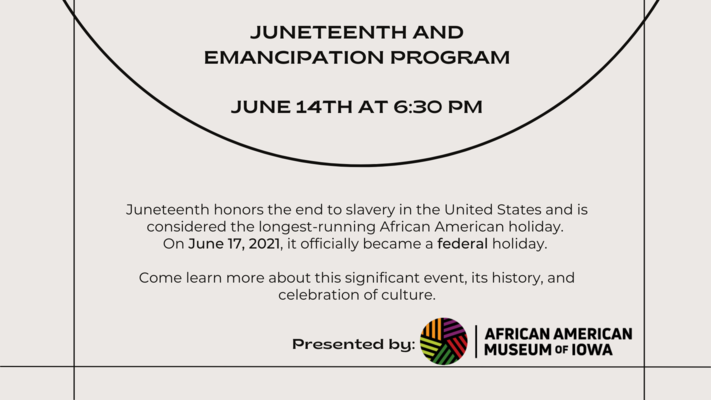 On June 19, 1865, Union Soldiers arrived in Texas and spread the word that they were officially free. This information moved so slowly through the south that slaves in Texas did not received this information until over two years after President Lincoln issued the Emancipation Proclamation. In order to really understand the impact of this moment, we will look at the impact of slavery on the United States. Many communities celebrate through parades, festivals, and large community celebrations that highlight this momentous event while also sharing African American culture and heritage.

This program will be presented by the African American Museum of Iowa.