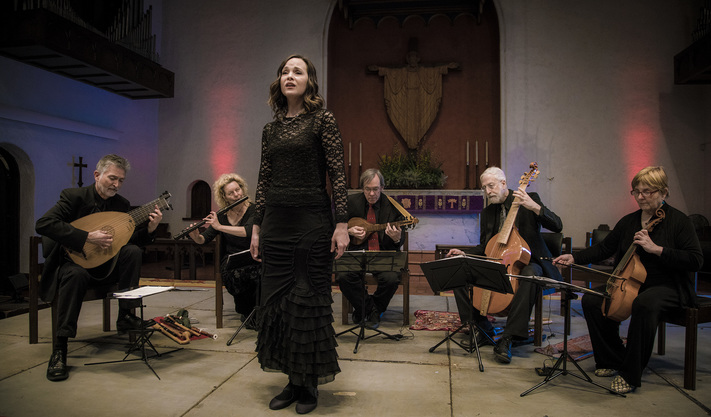 The Baltimore Consort will perform a free public program at 7:30 p.m. Monday, Nov. 7, in Cornell College's Kimmel Theatre. They will perform “The Food of Love: Songs, Dances and Fancies for Shakespeare” on instruments that enjoyed popularity in the Elizabethan and early Jacobean periods. The six-member ensemble tours with lute, bass viol, bagpipes, recorders, fifes, krummhorns, and a gemshorn, and will also feature a soprano.

Founded in 1980 to perform the instrumental music of Shakespeare’s time, the Consort has explored early English, Scottish, and French popular music, focusing on the relationship between folk and art song and dance. Their interest in early music of English-Scottish heritage has also led them to delve into the rich trove of traditional music preserved in North America.

Recordings on the Dorian label have earned them recognition as Top Classical-Crossover Artist of the Year (Billboard), as well as rave reviews elsewhere. Besides touring in the U.S. and abroad, they often perform on such syndicated radio broadcasts as St. Paul Sunday, Performance Today, Harmonia, and the CBC’s OnStage.