Art in the Afternoon: Joe McKenna 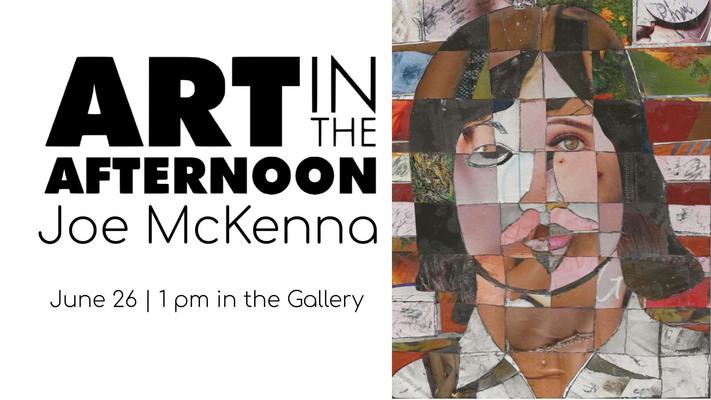 Art in the Afternoon presentation at The ArtiFactory by Joe McKenna, a collage artist living in Iowa City.  Joe began doing collages when he worked for Montgomery County Social Services with cardboard appropriated from boxes of State Government forms and magazines from client waiting rooms.  “When I began doing these collages," he says. "I was responding to whatever pulled at me visually.  I later focused on fashion magazines for my imagery.  A more recent development has been to base my collages, however loosely, on specific images I gathered through googling.  Century-old images of athletes posing for photographs pulled me in the most. These images are typically black and white, and I was forced to exercise my imagination in choosing what colors to use instead.”

Art in the Afternoon is a monthly series of talks by local artists presented by The ArtiFactory.