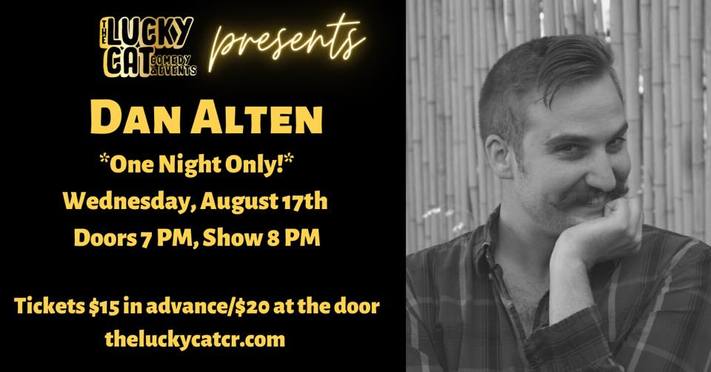 One night only! Louisville-based comedian Dan Alten has featured at Go Bananas and Improvs and headlined the Jukebox, Planet of the Tapes, Burning Bridges and lots of other small clubs, many of whom have closed! He’s opened for Kyle Kinane, Rory Scovel, Hari Kondabolu, Sean Patton, Johnny Pemberton, rapper Open Mike Eagle, David Leibe Hart from Tim & Eric, punk bands Boner City and GRLwood, and a guy at an open mic who tried to throw his father’s ashes into the crowd. He’s headlined shows in 30 states and filmed a pilot for an Amazon Prime stand up show that has still not aired. He hosts a podcast called Funny Dinner! which has an unpaid version available on all platforms (for bums) and a full version on Patreon.